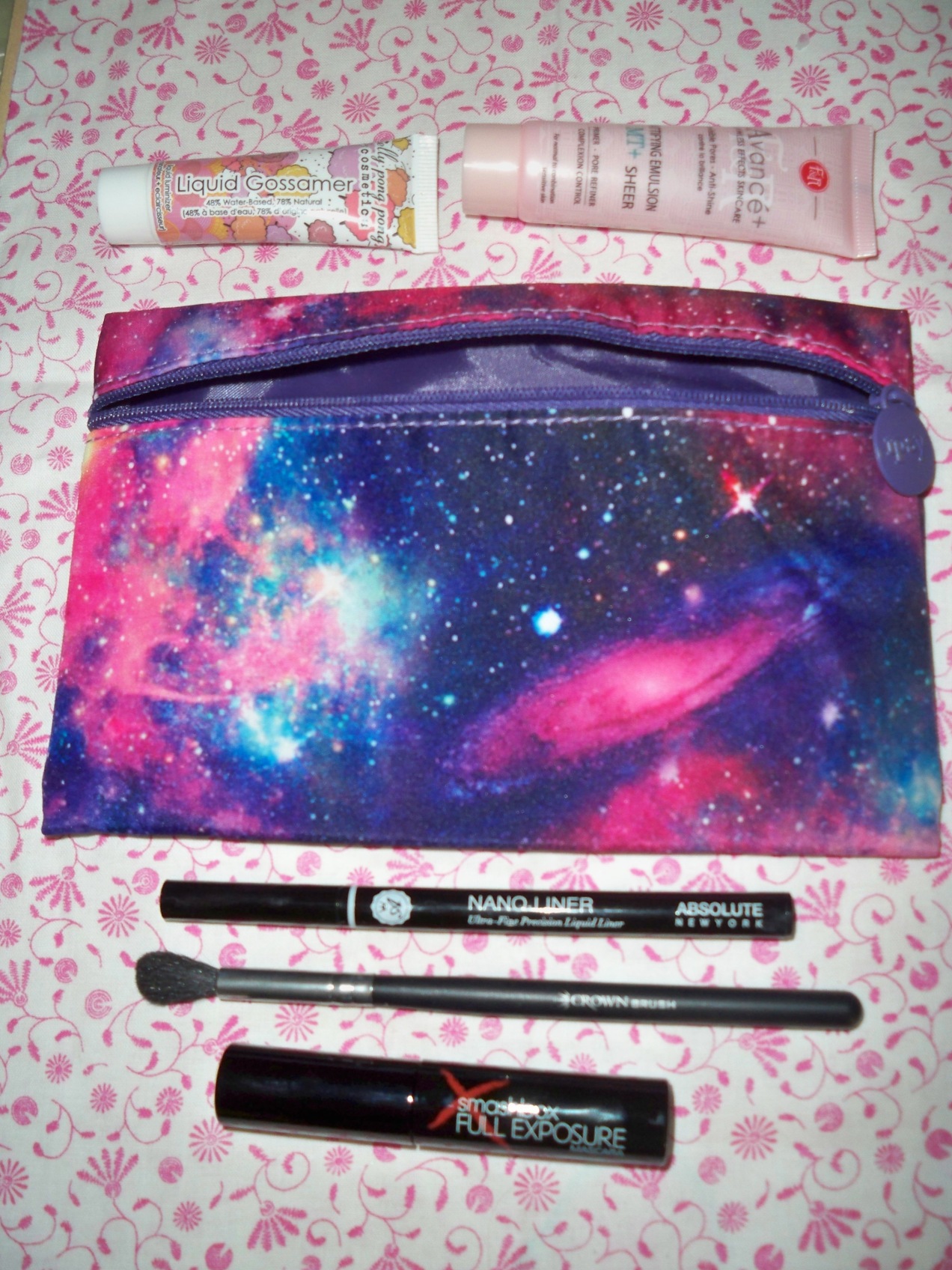 Hey all! It’s time for my Ipsy review! I’ve got to admit, I really liked my bag this month, despite thinking about cancelling my subscription in past months. This definitely improved from what I’ve been getting recently, and I feel like I might need another month to see if this is a fluke or not.

First up, the theme: Beauty Blast. I like it. It can mean both out of this world and having a blast. I really do think the space theme is great, especially for November. The days are getting shorter, and since Daylight Savings Time ended this month, the night sky is much more visible.

The bag: Again, it was cute. I thought the material felt a bit cheap, but it wasn’t as bad as a few of the previous months and I’d expect a print like that to be on this kind of fabric, so I’ll let it slide.

Getting brushes in subscription boxes is exciting because they last so long! I also feel that despite having a good number of brushes, I know so little about the different kinds and don’t have enough. I have to admit, when it comes to eyeshadow I usually do use a smaller, denser crease brush, but this is twice as long as all of the crease brushes I have, and doesn’t feel dense enough. When I used it, the color payoff of my shadows was nowhere near what I was expecting from a crease brush, either. Mine does look slightly angled, but it’s so minor I can’t tell if it was intentional, or if this was from being in the wrong position during shipping. Overall, it’s a brush that I’d use, but more for blending rather than normal crease shades.

I still don’t really know how to use liquid highlighter perfectly. This one is a pretty rose gold shade (there was no number shade or number info at all, so I’m not sure if the brand offers others). It looks like a basic yellow-hued gold in the swatches below, but in person is much more of a pink. I think I applied this weirdly, as I ended up looking like I had made two dark lines for contouring my cheekbones, and this shouldn’t be too dark for my skin tone. My guess is it mixed with and messed up my foundation and concealer.

I’m not big on a matte face, so while this is okay, it’s not super useful and I really have to say, yes, I want to go for a matte look. I don’t even think any of my foundations are meant to give a matte look, so I’m not sure how much this would help. I’ve stopped wearing foundation throughout the week so haven’t really had a chance to try this out.

I’m a little mascara’d out right now. I’ve got five open, four of them being used, and I think four others that are completely unopened. I got three mascaras from Birchbox and Ipsy last month alone! I’m excited to try this more because it’s from Smashbox, as I’ve only tried two or three things from this brand.

It’s a black liquid pen, AKA my favorite! I opened it up and realized how tiny the tip is! I thought the Clio one was small, but this is minuscule. It’s a pretty good liner, though filling in a thick wing with such a thin tip is annoying. While I do have a lot of liners right now, especially in black, this one is so tiny that I’ll probably reach for it a decent amount, for making the tiniest lines ever. 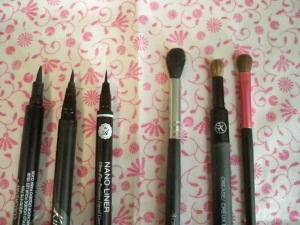 The Absolute liner and Crown brush (both in the middle) compared to other liquid pens and crease brushes I own. 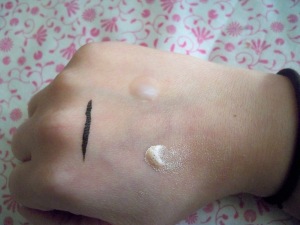 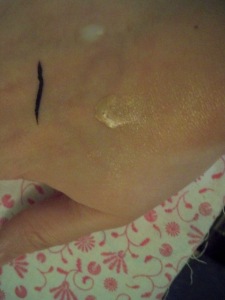 The verdict: I love the amount of makeup in this bag! I was excited by pretty much all of these products, except for the primer. I need to spend more time with the illuminator to figure it out, and wait a bit longer to try the mascara. So long as I keep getting Ipsy bags like this, I’m going to keep my subscription.